As a teacher, my life is conveniently segmented into school terms, punctuated by perfect opportunities for theatre-going reflection. A period of contemplation is never a bad thing for absence makes the heart grow fonder, as the platitude goes. And the truth is that even the most passionate of theatre enthusiasts can benefit from a break, lest there is risk of too much of a good thing becoming a bad thing and show boundaries blurring at the expense of objectivity. Indeed, it was only when I found myself commenting on the narrative’s anti-feminist discourse during a Prep – Year 3 end of term choir performance, that I realised how I’d come to struggle to turn off the critical component of my thinking.

So, reflectively, during Term One, I saw some 40 shows from the cultural riches on offer in Brisbane, including some productions that I imagine, will end up featuring in my top 5 for 2014. And thus far, my notables have been:

Throughout my Term One theatre viewing, the following extract from Pierre Bayard’s self-referential “How To Talk About Books You Haven’t Read” has lingered with me, for although it focuses on books not as isolated objects but as systems of relational understanding, the same could indeed be said of theatre.

“In truth we never talk about a book unto itself; a whole set of books always enters the discussion through the portal of a single title, which serves as a temporary symbol for a complete conception of culture. In every such discussion, our inner libraries — built within us over the years and housing all our secret books — come into contact with the inner libraries of others. For we are more than simple shelters for our inner libraries; we are the sum of these accumulated books. Little by little, these books have made us who we are, and they cannot be separated from us without causing us suffering.”

So often the allusions within shows (whether it be intended of self-imposed) see them resonate long after viewing as audience members dip into their accumulated cultural experiences. The protagonist of Vena Cava Production’s “Brisbane (a doing word)”, Matty, presented as a character type so like the eponymous Johnno of David Malouf’s seminal Brisbane story, (an essentially unlikeable character we will all have met at some stage in our lives) that after viewing, I was drawn to a re-read of the novel.Seeing Paul McDermott’s cabaret show “The Dark Garden” has had me cracking out my “DAAS Kapital” dvd for some Doug Anthony All Stars acoustic aggression, while Dance Atlas’ “Good-bye Miss Monroe” has inspired me to revisit some old movie musical classics, not just from Normal Jean but of magical MGM mastery. Opera Queensland’s opulent production of “Rigoletto” has had me listening to Luciano, and like so many other Queenslanders, “Rocky Horror” has seen me belting out the soundtrack in a car concert for one. Even QTC’s “The Mountaintop” urged me to revisit Memphis memories c/o US trip photos

And now, having listened, watched and read, I’m mentally and physically collected enough to be match ready for a return to the stalls. And I know that as a consequence, I’ll appreciate it and its contribution to my inner library, more. 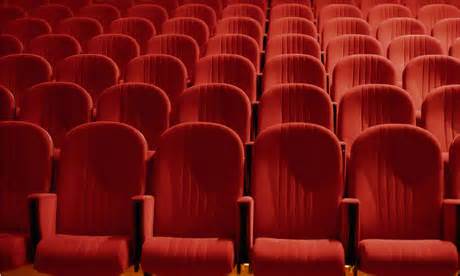