I Might Take My Shirt Off (Brisbane Powerhouse and Sharpened Axe)

It’s Lionel’s first time at cabaret. As the world premiere of his debut show begins, he explains that it has been developed in response to the suggestion of his therapist. And audiences are invited to share in his terrifying learning experience as he checks off his list of cabaret ingredients, while exploring his feelings in response to a recent breakup. It is a well-crafted narrative arc and the diversity of its songs initially belies the ultimate unity of its story.

Writer/performer Dash Kruck is perfect as the reluctant protagonist Lionel, loveably apprehensive in his delivery of terrible jokes before he gains some martini-fuelled confidence. And he plays discomfort to perfection, all shifting eyes and nervous pauses, with characterisation that immediately engages the audience. Indeed, Kruck is a versatile and confident performer. His soaring vocals fill the Powerhouse’s potentially difficult Turbine Platform space, particularly in his midshow musical story of scary dragon, which, although amusing, also showcases a vocal range from light-hearted whimsy to passionate desperation. 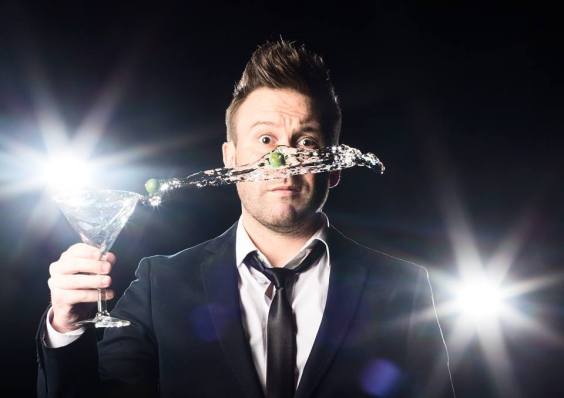 But it is not just Kruck’s singing that makes him such an appealing performer. The original, witty songs, which cover a range of styles, are interspersed with clever dialogue (including some political jibes) and hilarious audience interaction, that, although risqué, is never confrontational or malicious.

For a hysterical, yet thoughtful mix of imaginative, unique storytelling and quirky musical showmanship, do your funny bone a favour do not miss “I Might Take My Shirt Off’. Sex, booze, boys, mythical beasts and glitter … what could go wrong? Not only does it showcase a unique cabaret concept, but it is a work of tremendous heart that will leave you thoroughly entertained and ultimately self-empowered.