Brisbane’s La Boite Theatre Company turned 90 last month, marking its milestone with a sensational 1920s celebration. And what a milestone it is, representing almost a century of bold ideas and creativity since the company was originally founded in 1925 as the Brisbane Repertory Theatre Society, under the direction of British teacher of speech and drama Barbara Sisley and English literature professor Jeremiah Joseph Stable.

The evolution of La Boite, one of the oldest continuously operating theatre companies in the country, from an amateur to a professional company has been detailed in a series of stories published online at http://90years.laboite.com.au/ to mark its anniversary, collaboratively compiled from the memories of theatre makers and appreciative audiences alike, and the result is a wonderful digital trip down memory lane.

After 15 years living in Brisbane, I make estimate of having seen 42 of the company’s shows, dating back to the last of the Hale Street venue days before its November 2003 move to its current Roundhouse Theatre home (Australia’s only purpose-built theatre-in-the-round) in the Kelvin Grove Urban Village, including its fitting final Hale Street show of David Williamson’s “The Removalists”. And of course I have my favourites:

It is more than coincidence that my top three are Brisbane stories. From the transition of many of Nick Earls’ novels from page to stage, to important political and cultural tales like the unapologetic exploration of Brisbane’s 1980s criminal underbelly, “Last Drinks” (2006), adapted from Andrew McGahan’s novel and the moving “Oodgeroo – Bloodline to Country” (2009) which chronicled not only the Stradbroke Island author’s love of country and culture, but the story of struggle for restoration of Indigenous identity, telling local stories is one of the things that La Boite has always done best. One can only hope it is a tradition that will be re-realised in the curation of future seasons because, as history has shown, home-grown theatre can equally be engaging and of world class calibre. 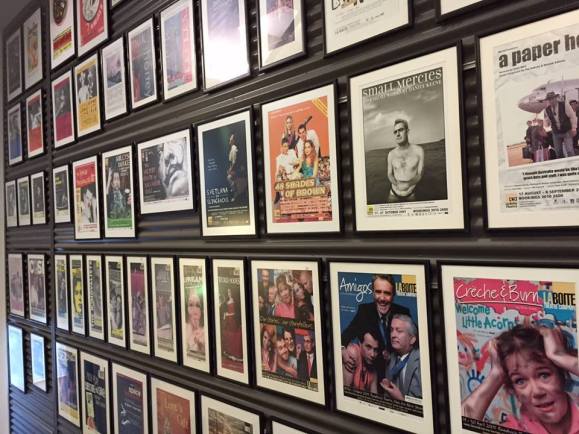 While there are distinct memories of specific shows, like the cross stage appearance of a random giant penguin as part of 2011’s “Ruben Guthrie”, what is front of mind with any mention of La Boite is it intimate, democratised audience experience enabled by its unique space. Indeed, it is the truly in-the-round shows that rate amongst the best, most notably its recent outstanding production of “Medea”. This season, with the exception of “A Midsummer Night’s Dream” every La Boite show has taken place in the round, a trend which will continue with next month’s World Premiere of “Prizefighter” as part of the Brisbane Festival’s Congolese connection, which will tell the story of a young boxer by Future D. Fidel, one of the company’s artists-in-residence, with audiences seating around the boxing ring in arena style, looking down on the action below.

As maker and sharer of exciting contemporary theatrical art, La Boite Theatre Company is not only an organisation at the heart of Queensland’s creative culture, but a national leader of Australia theatre. As the company’s Board Chair, Julian Myers stated at the birthday event on July 31, “to survive, flourish, adapt and stay relevant over 90 years, is no simple feat” and while looking back over the cultural legacy of these decades is important, anticipating a continued cultural legacy is also so very exciting.