“Les Miserables” begins majestically with opening titles after an impressive company ‘Prologue’ and then ‘Soliloquy’ from protagonist Valjean. Three hours of fighting, crying and dying later (it is a famously long show), there is a justifiably swift collective opening night audience jump to their feet in standing ovation in tribute to the spectacular Helpman-Award-winning show of love, injustice, liberation and redemption.

The story is an epic one, based on the lengthy novel by France’s favourite son, Victor Hugo. Paroled after 19 years of hard labour (five for his original crime and the rest because he tried to run), Jean Valjean (Simon Gleeson) is burdened by his past as he struggles to make a new life, before being reacquainted with Inspector Javert (Hayden Tee). When Valjean comes across the tragic Fantine (Patrice Tipoki) he pledges responsibility for the care of her daughter, Cosette. 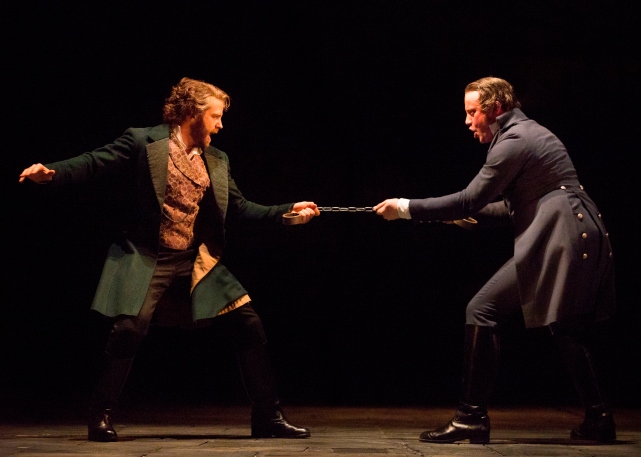 The tale then leaps forward in time to the songs of angry men storming the barricades and fighting for the right to be free in the Paris uprising of student revolutionaries in 1832. As Marius (Euan Doidge) falls in love with the adult Cosette (Emily Langridge), it is to the lament of Eponine (Kerrie Anne Greenland), the daughter of the ill-caring innkeepers who raised Cosette before Valjean took her into his care. 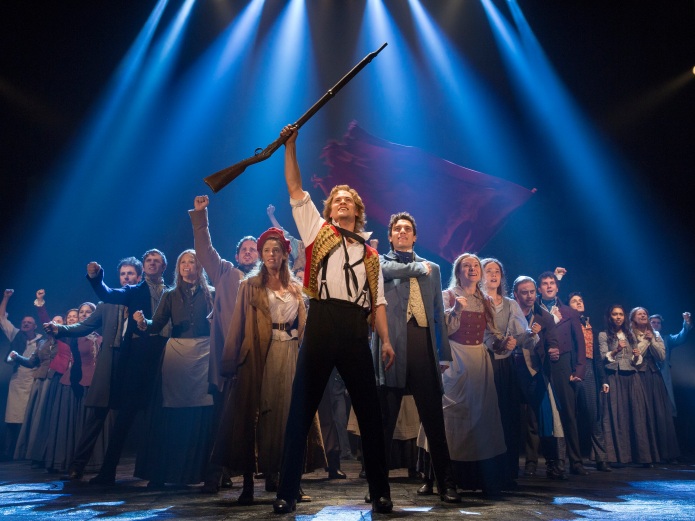 There is not a lot of colour to life in revolutionary France, but the show evokes much emotion from within its shadows thanks to its world class lighting streaming through windows of revolutionary meetings and spectacular staging of the nooks and crannies of the slum streets of Paris. Clever use of computer animation and projection using Hugo’s own drawings as inspiration creates moody Seine scapes, silhouetted steeple skylines and takes audiences into the city’s sewers through a sombre sepia colour palette, reflective of the story’s brooding themes.

Action spills out onto the stage’s apron and fresh sound design brings the rips of its gunfire to life. And the livelier musical numbers like Act One’s ‘Lovely Ladies’ and the comical ‘Master of the House’ introduction of the crooked Thénardiers innkeepers (Trevor Ashley and Lara Mulcahy) are cleverly blocked to provide continued visual interest. So good is this bouncy innkeeper number that it gets a thematic reprise when the duo appears as beggars at the feast of Cosette and Marius’s Act Two wedding. 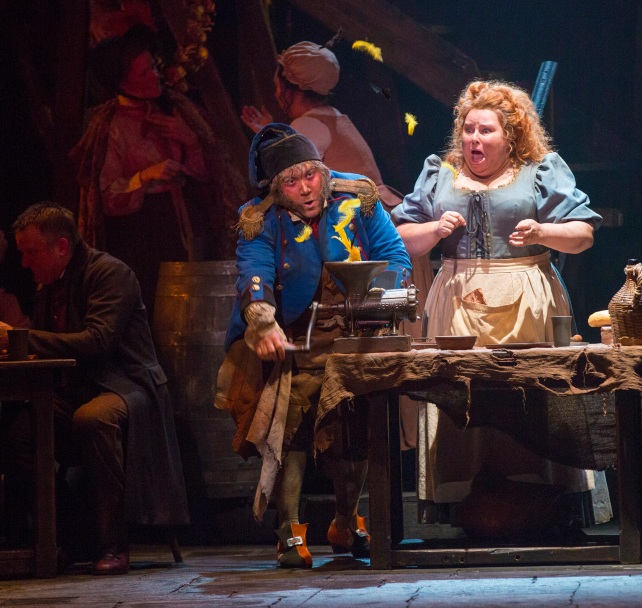 The comedy duo of Ashley and Mulcahy are a sharp double act as they bounce off each other to enliven every one of their scenes. However, it is the dramatic roles that represent the pinnacle of the performances. Patrice Tipoki is memorable in her short time of stage in the physical role of Fantine. And Tee’s portrayal of Valjean’s obsessive nemesis Javert is powerfully engaging. However it is Simon Gleeson who carries the show with his remarkable portrayal of the criminal converted to nobility by another man’s generosity. Not only does he have the versatility to support with subtlety and nuance of movement, the costume and make-up transformations to signal his character’s journey to old man, but the emotional authenticity of his performance is breathtaking. And his delivery of the technically-demanding ‘Bring Him Home’ beg of God to save Marius to return him to Cosette is an absolute highlight, showing his astounding vocal range.

Theatrically, this “Les Miserables” is as powerful as ever and there are likely to be tears evoked through the universality of its common and recognisable human portraits. It is an emotional power only enhanced by its soaring reorchestrated score. Although particularly in Act One the lyrics are sometimes too dense as to be able to appreciate every word, the melodramatic musical is filled with many songs to linger long after the final curtain.

This “Les Miserables” is an exciting production in a multitude of ways and it needs to be seen, despite audience prior experience of the show, whether 17 years ago when it last appeared at QPAC, in overseas production or even the 2012 film. See it because you know and love it. See it because you have never experienced this classic of musical theatre before. Just get there and let the revolution begin, because this is a version well worth the experience.