Brisbane Baroque is back from April 8 with a range of events on offer for classical and culture fans. Indeed, the festival’s eight-day schedule is jam packed with 11 major events.

Opening night on Friday April 8 features one of the festival’s highlights, a semi-staged performance of Handel’s ‘Agrippina’, the story of the scheming Roman empress full of sexual intrigue and political power, one of the earliest operas ever composed and a rarely performed but much-loved Baroque canonical piece, with a production coming from Germany’s Göttingen Handel Festival.

A three-part celebration of the music of Antonio Vivaldi also promises celebration of some of the composer and virtuoso violinist’s, most exuberant arias. Of primary note, is its “Vivica + Vivaldi” on Sunday April 10, featuring the first Australian concert appearance of the American mezzo soprano Vivica Genaux, lauded as one of the pre-eminent interpreters of baroque music, in presentation of a program from Vivaldi’s set of twelve concertos known as ‘La Stravaganza’. 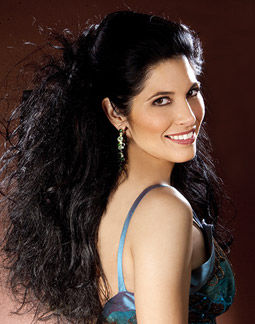 Another festival highlight on Monday April 11 sees the Percell Semi-Opera “King Arthur” at City Hall, narrated by the fabulous British-Australian character actress and voice artist Miriam Margolyes (you might know her as Professor Sprout in the Harry Potter film series). 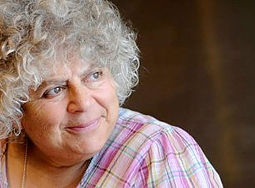 As a contrast,  the festival also offer a range of accessible concerts such as the 5x5x5@5 series at City Hall which sees recitals featuring exclusively Queensland/Brisbane-based musicians for $5 at 5pm, as well as nine free recitals and talks. Queensland artists are also included when members of the Queensland Symphony Orchestra join with virtuoso violinists Ioana Tache and Kristian Winther and organist Christopher Wrench to celebrate the marvel of Bach’s music in “Bach – Music in the Castle of Heaven” on Saturday April 9. This gala celebration of Bach’s sacred and secular music will also feature The Australian Voices, under the direction of Gordon Hamilton, and a group of exciting young vocal and instrumental soloists including star soprano Greta Bradman and British tenor Nicholas Scott.

This unique festival is a wonderful addition to the city’s arts calendar, with a quality, diverse program sure to spoil for choice as much as satisfy the senses. Its celebration of music of the baroque era, the period in Western European art and music from about 1600 to 1750 is the only annual professional festival of music of the era. Given its 2015 five Helpman Awards win, expectations are certainly high, but with a program also including three concerts with Brisbane’s celebrated youthful chamber orchestra, Camerata of St John’s, stars of the 2015 event, they are sure to be satisfied.