When “Swing on This” begins with the musical standard ‘Feeling Good’, accompanied by audience whoops and cheers, it is clear that it everyone it going to be having a great time… both on stage and off. And in the hands of its pack of performers Michael Falzon, Luke Kennedy, Rob Mills and Ben Mingay that is exactly what happens as, accompanied by an 18 piece big band, they share a smorgasbord of swing classics and then some. 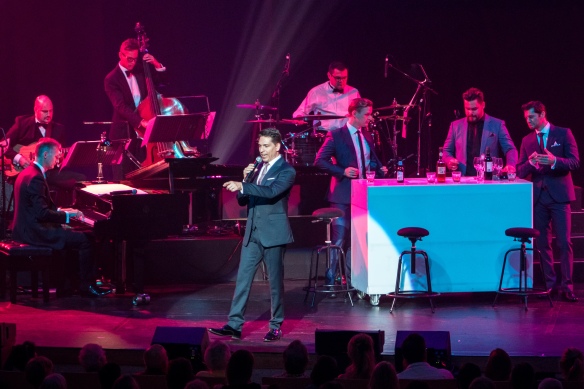 All four of the performers are accomplished singers in their own right and the show’s solo numbers allow for perfect share of their individual nuance. Mingay is of strong voice, showing a great flair for phrase decoration, without overdoing it and Falzon sure can hold a note. And there is an honest vulnerability to Kennedy’s ‘Me and Mrs Jones’ and Mills’ ‘Mr Bo Jangles’ tribute to Rat Packer Sammy Davis Junior. And together, the reality tv alumni do a great job of the unrestrained melody of the classic duet ‘Me and My Shadow’. 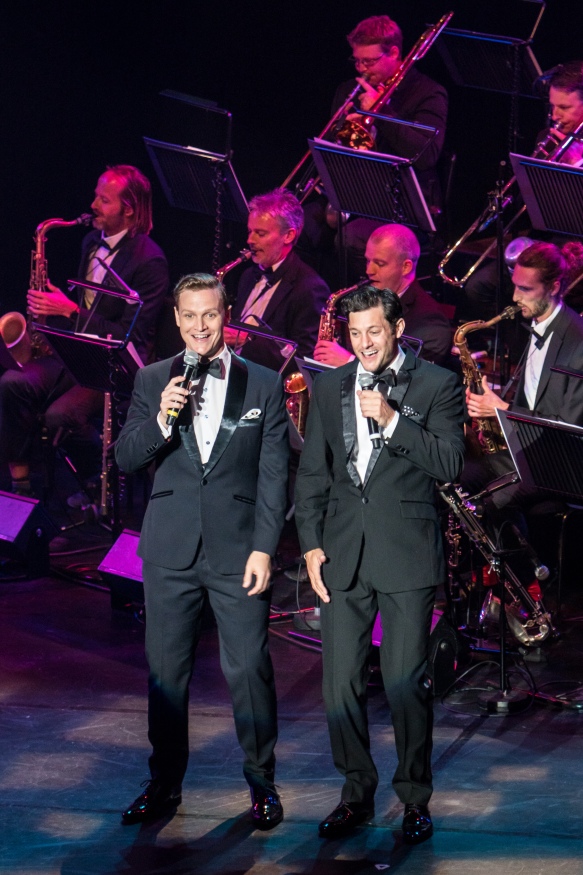 The best moments, however, come from the numbers that see the quartet of voices blend harmoniously together, accompanied by suave choreography, such as in Act One’s closing ‘Mack the Knife’ and the show’s concluding ‘New York New York’ and ‘My Way’. 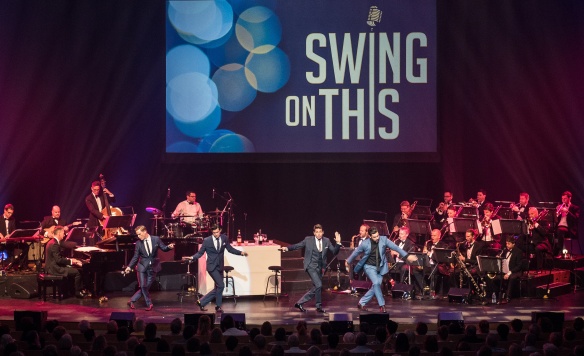 Despite its share of Frank Sinatra standards, the show’s set list is much more than just one of reappropriated Bublé. Highlights also include the surprise of modern songs given swing treatment including Van Halen’s ‘Jump’, Oasis’ ‘Wonderwall’ and even The Proclaimers’ anthemic ‘I’m Gonna Be (500 Miles). And the Australian mash-up of ‘New Sensation’, ‘Chocolate Cake’ and ‘Pressure Down’ presents and equally memorable treat.

Besides its sometimes irreverent song choices, one of the reasons that the show works so well is the readily apparent camaraderie shared by the talented foursome. When they remain on stage during each other’s performances, sitting around a bar drinking, it doesn’t just add a feeling of intimacy, but allows opportunity for good-natured jibes at one another. Mills in particular, is hilarious in his humour, both with his pants on and off.

The cheekiness continues with introduction of the show’s special guest Rhonda Burchmore, ‘the biggest swinger in the country’. Looking glamourous as ever, the vivacious Burchmore is simply sensational, especially in her delivery of a jazyy ‘Diamonds are a Girl’s Best Friend’.

Another guest moment sees “Swing on This” fun-sized as the performers share the stage with mini-me performers Jonathon Carmichael, Mitchell Marshman, Noah Taylor and Regan Walker. And you don’t have to ‘speak tap’ to appreciate how their talent. 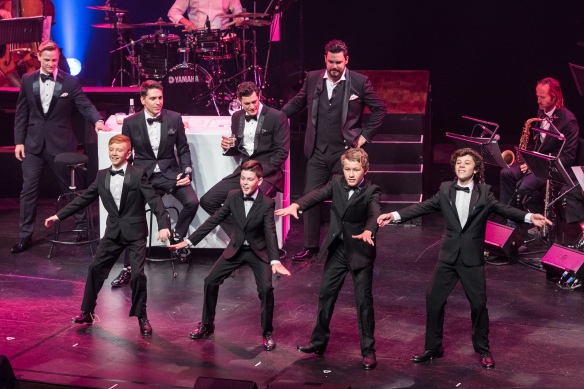 The musical accompaniment from the 18-piece band is most magnificent and it is appropriate that they are given chance to take centre stage themselves during a post intermission number. Musical Director Craig Schneider is astonishing on the piano and even joins in choreographed dance performance, which only adds to the show’s charm. 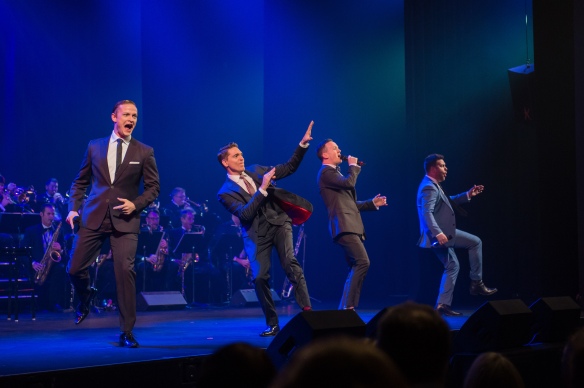 “Swing on This” is a charismatic show in its combination of contemporary tunes with old-school sounds and sensibilities. While its mix of old and new makes it highly accessible, however, it is the talent of its performers that will leave audience in want of more. Its in-spades swelligance is so infectious as to inspire a return visit… if only there was opportunity. Hopefully the show will arise again and soon. Indeed it would be ideal for residence at a Festival (like The California Crooners) or at a Casino… Rat Pack style. 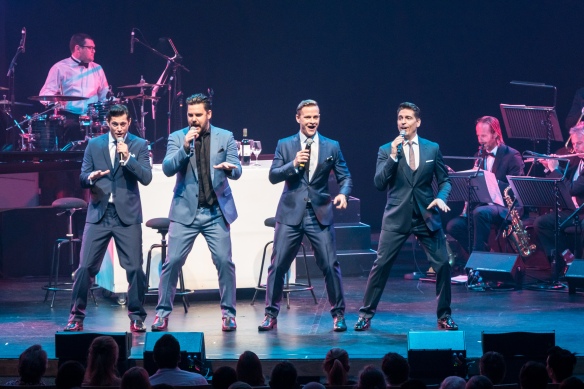