My Name is Jimi (Queensland Theatre)

Jimi Bani is a ‘remote area boy’ from Torres Strait (not PNG or Fiji). His home, Mabuiag Island, has a rich history and culture that Jimi and his family are trying to keep alive amidst the cultural chaos of the changing modern world. And ‘My Name is Jimi’ really is family affair as Jimi performs alongside his son Dmitri, mother Agnes, and grandmother Petharie with his brothers Conwell and Richard Bani. 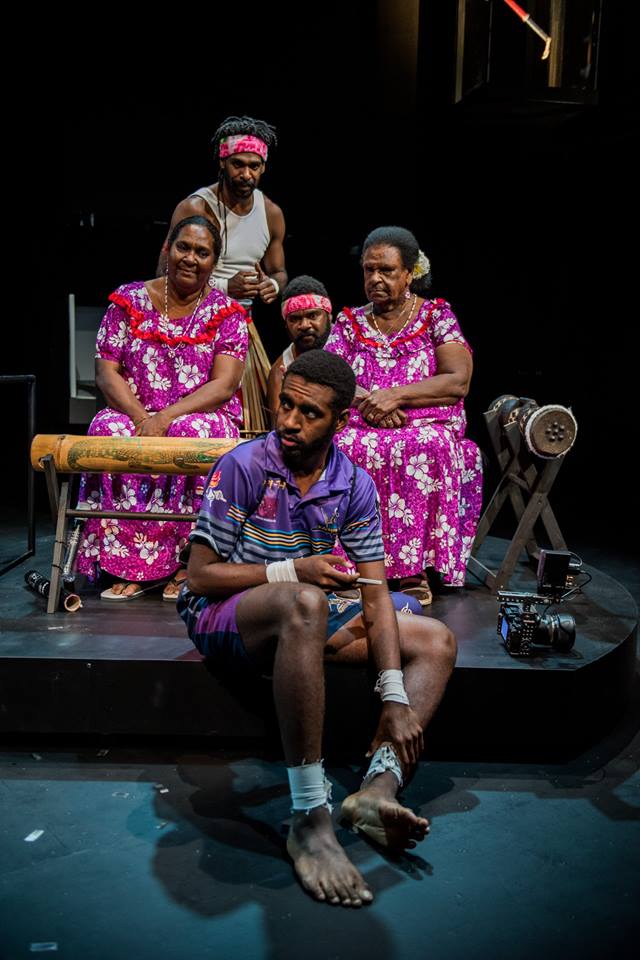 As he draws directly on the experiences of his family and their role as leaders of the Wagadagam tribe of Mabuiag Island, through stories span the generations, Bani takes audiences on the most unique and appealing of journeys. Unlike any other theatre experience (#inagoodway), the show at once celebrates the legacy of Jimi’s father, an honoured chief, and promotes the need for preservation of cultural and family history. 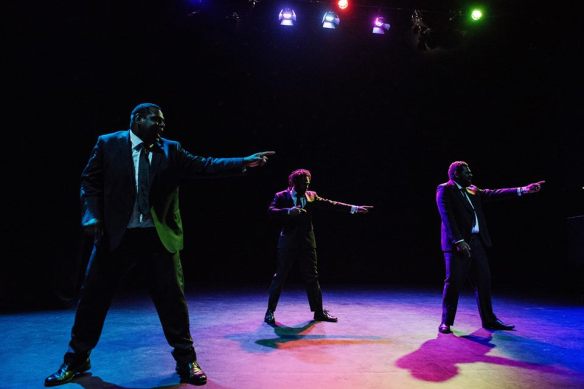 The show is full of eclectic, but important little details, meaning that there’s plenty on offer to audience members of all ages or theatrical preferences. Dapper-suited, Jimi (and his brothers) give audiences some memorable booty-shaking dance moments in accompaniment of the show’s disco segment and action moves effortlessly about the stage as digital projections fill the blank back wall. Handheld cameras film live puppetry from richly-detailed dioramas situated either side of the stage, in share of some of the childhood fables of Mabuiag.

Song, dance and fire-side stories all add to storytelling and also, at times, humour. A highlight comes, for example, from within the show’s examination of contemporary cultural influences, as 15-year-old son Dmitri Ahwang-Bani demonstrates the reality of typical dress these days (because they ‘don’t get around in traditional clothing’), as if part of an anthropological exhibit. And yet there are also many engaging moments watching the family’s passion in performing in traditional dress.

With its important messages regarding the role of culture in identity, “My Name is Jimi”, has an immediate appeal to school groups, and much to offer younger audience members through the engagement of its varied theatrical devices. There is an honest appeal to the intimacy of its family stories, meaning that when Jimi’s mother and grandmother wave hello in introduction, audience members all around are waving back from within the darkness. And the show’s memorable final family image lasts beyond its close in reminder of what is important in life.

“My Name is Jimi” is story-telling is at its finest, personal, powerful and special beyond just its four generations of one family on stage together. Writer and lead actor, Jimi Bani is charismatic and the story he shares is charming, but also informative (beginning with its introductory glossary of names from family tree relationships) and important. Under Jason Klarwein’s instinctive direction, the cast’s generous, honest performances offer audience member contemplation of big issues but also joyous appreciation of their own family ties.