There is something special about the closing performance of The Queensland Shakespeare Ensemble’s short “The Blood Votes” season as the Sunday matinee takes place on November 11, the Centenary of the First World Ward Armistice. Experience of the historical theatre examination of the Australian conscription debates of World War One is saturated with an appealing authenticity beyond just this though. Fortitude Valley’s Holy Trinity Parish Hall is adorned with propaganda posters of the time and filled with era-evocative live piano sounds. 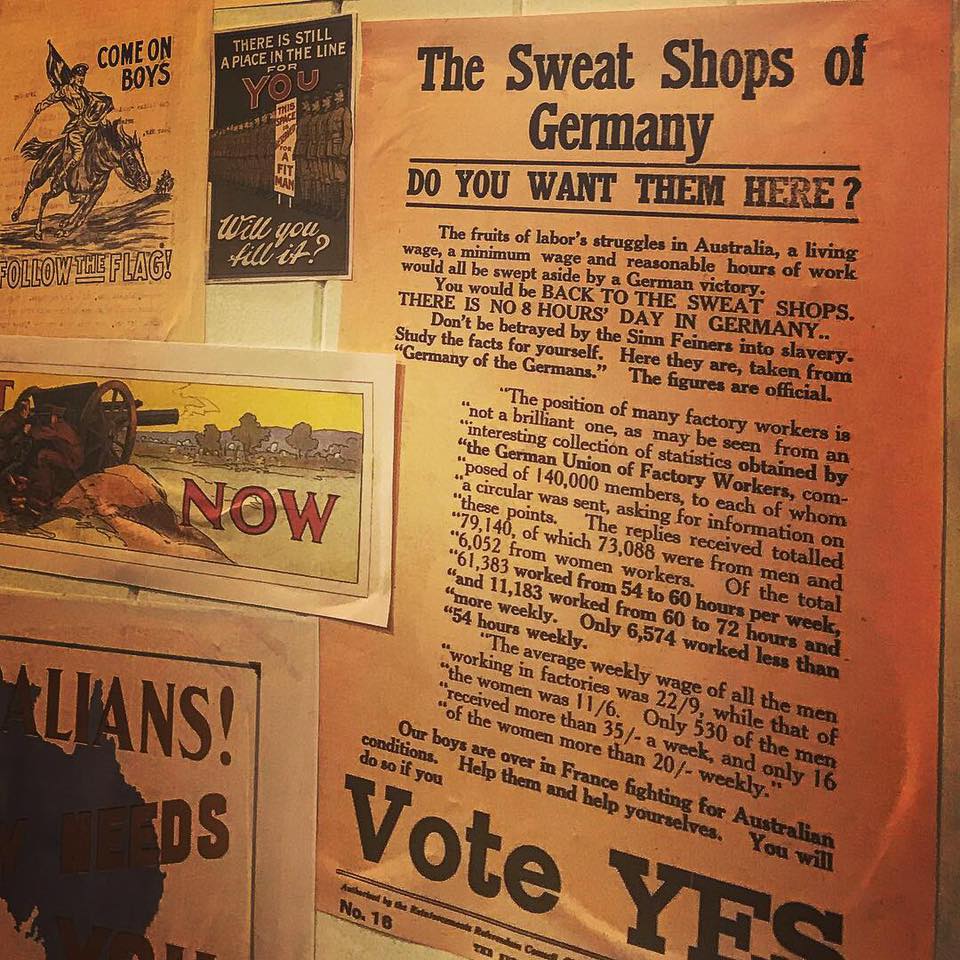 And so, to ensemble share of the patriotic Great War marching song, ‘Australia Will Be There’ we are rallied ’round the banner of our country to take the field with brothers’. As the cries of “God Save the King” fade away, we are told than it is 1915 and given description of the experience of Gallipoli from the troops’ perspective. The play, whose title is taken from a famous anti-conscription leaflet and poem of he time, is not about front however, but encounters closer to home, punctuated by reminder of key events and losses occurring overseas. And from its opening illustration of life in lead up to the first national conscription plebiscite, it is an absolutely fascinating journey and a worthy theatre experience. 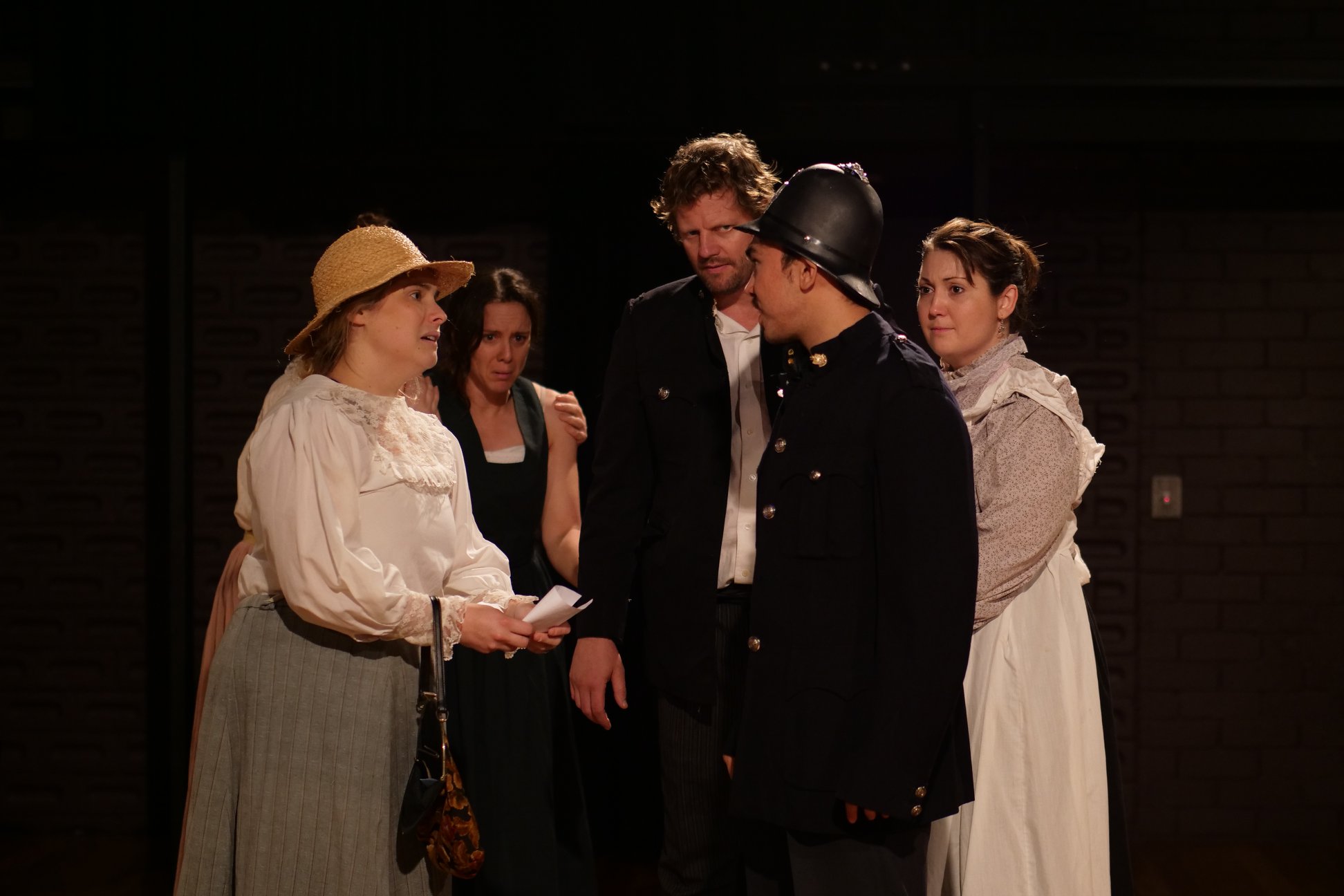 The verbatim style work, written by Michael Futcher and directed by Rob Pensalfini, crafts together a narrative representation of the reality of home-front life at the time in Brisbane, in all of its guises, exposing and complicating the rhetoric of wartime sacrifice through its examination of multiple perspectives. While the Universal Service League of Women petition Prime Minister Billy Hughes to compel ‘dirty coward’ shirkers to support men overseas, state, social and moral pressure is also applied to meet government quotas, seen for example in the shocking reality of recruitment officer visitations to interview eligible over-18 men as yet unsigned up, such as Robert O’Neill (Dudley Powell). Though the scenarios and personalities of its stories represent a mix of real-life and dramatised creations, the social divisions produced by conscription are startlingly clear as families, friends, couples and communities are pressured and shamed, and, despite inflation, employers being boycotted to sack workers who fail to comply to the call to help those at the front exhausted and in need of reinforcements. 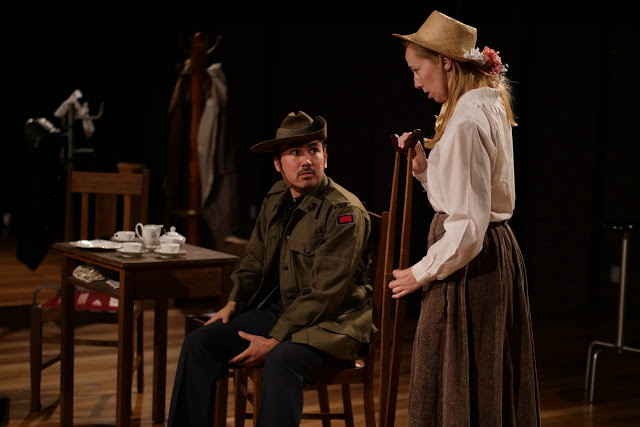 “It’s all political!”, Robert’s Irish mother Kathleen (Rebecca Murphy) exclaims during one such attempted recruiting officer interrogation. This short statement represents the most accurate summation of the show’s content. The complicated politics of the time add another layer to the complexity of the social issues of the era. Indeed, the work allows space for these elements to effectively co-exist with allusion to the lack of Labor Party support of the controversial PM and reference to the 1917 creation of the Australian Nationalist Party in merger between the Commonwealth Liberal Party and National Labor Party formed by Billy Hughes and his supporters after the Labor party split over conscription.

Certainly, the volatility of a time in which there was no neutral political space especially with a looming second plebiscite resulting in even more vitriolic and socially divisive campaigning, is clear. Its authenticity is understandable given the work’s origin. The QSE has been collaborating in partnership with historians from the University of Queensland’s Faculty of Humanities and Social Services who have themselves conducted years of research into the era in Brisbane. The primary and secondary source documentation of letters, newspaper reports and alike, make for a rich and rewarding theatre experience unlike any other.

Many familiar faces from QSE shows bring the work’s characters to life. Matthew Finkins captures the uncompromising passion of Prime Minister Billy Hughes, even though his character is mostly only seen delivering combative radio-bite rhetoric about the freedom of the empire. Ellen Hardisty and Dudley Powell work wonderfully together as young sweethearts Ruby and Robert, who just want to have kisses and cuddles, and intend to stick together no matter what. Meanwhile in a credit to her craft, Lilliana Macarone is absolutely unlikeable as the single-minded and emotionally manipulative Mrs Patterson, with sons fighting overseas and in need of conscripted assistance. 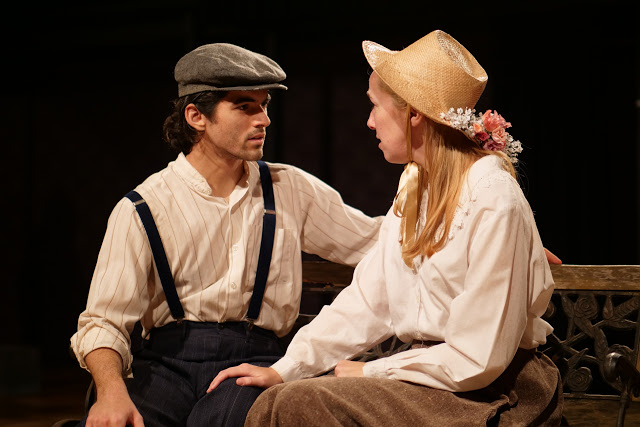 Also of particular note is Rebecca Murphy who jumps between Irish and ocker Australian characters and accents with ease. The majority of the cast change sometimes rapidly in and out of roles. Although they do it well, apart from occasional line lapses, there is something disjointed about the realisation due to confusion of seeing actors as conflicting characters in consecutive scenes. The nature of the hall’s stage set-up also serves as an early distraction with the sounds of its use initially competing with the show’s dialogue. 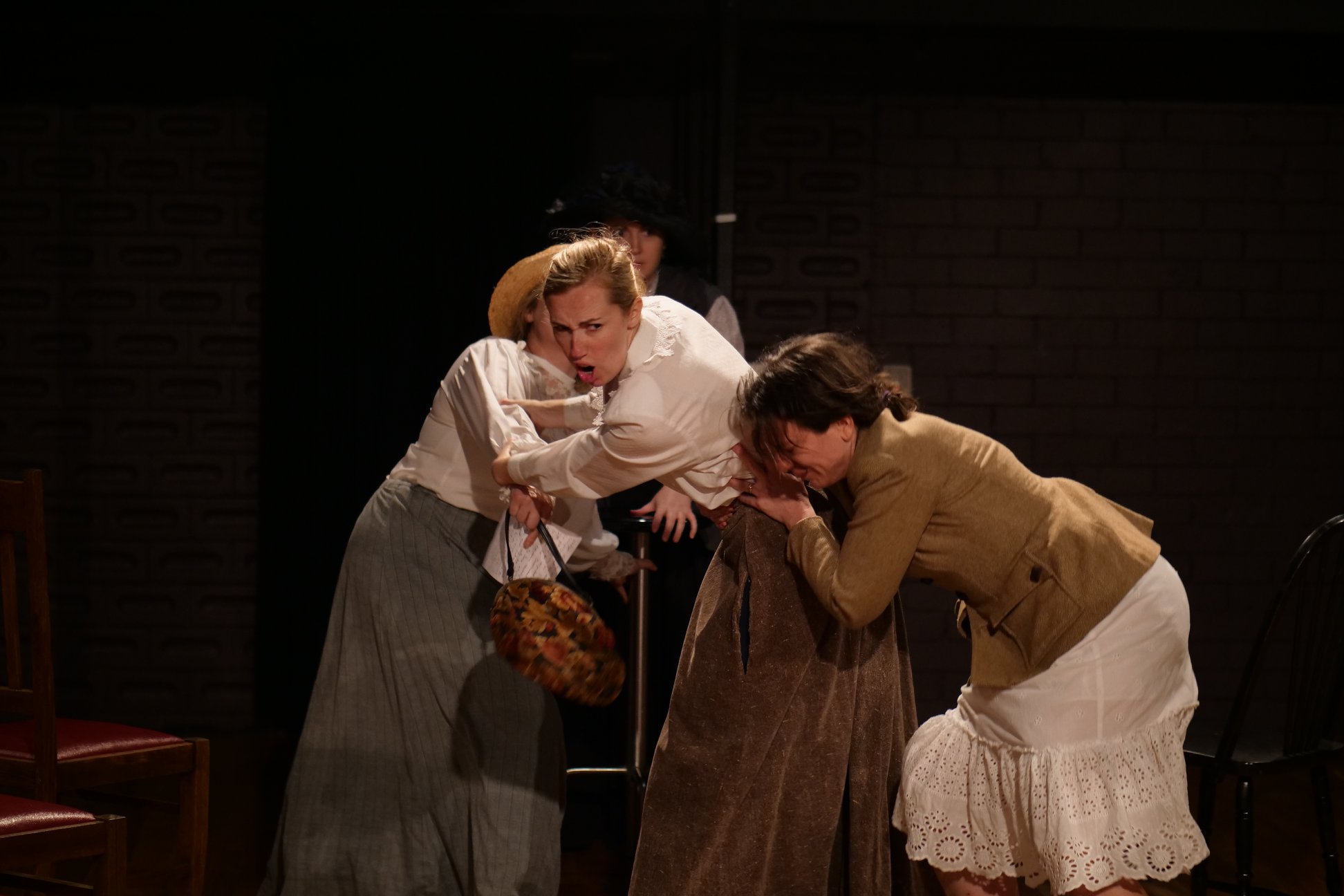 “The Blood Votes” is full of examination of rewarding themes and interesting ideas such as the evolution of the anti-war socialist movement of the Women’s Peace Army in Queensland. And it is rewarding to see women taking centre stage in strong, rational and eloquent debate. In particular, Paige Poulier exemplifies this in her portrayal of warrior peace angel Margaret Thorp, calling for the National Council of Women for persistent vigilance and challenge against the forces of militarism. While the different protective perspectives of the time’s women may be in some way expected, surprise comes from the involvement of the time’s institutions such as the church, ‘because sometimes praying is not enough’.

With so many layers to its truth, “The Blood Votes” is a work sure to evoke emotions, despite the audience luxury of retrospect, whether it be frustration at the loaded language of guilt from self-righteous moralisers, or shock at the still-formidable symbolism of a single white feather. There is also the power of recognition that the more things change the more they stay the same, as, under the War Precautions Act, a mother is arrested, without evidence, for being an enemy alien German with alleged association with anti-conscription agitators.

In its presentation of a piece of local history, “The Blood Votes” at once offers story behind our country’s glamorised Anzac mythology and taps into universal themes. It is, therefore, particularly pleasing to hear of plans to make teaching resources and video of the play available, for this is a work that needs to continue on in life beyond just this season.