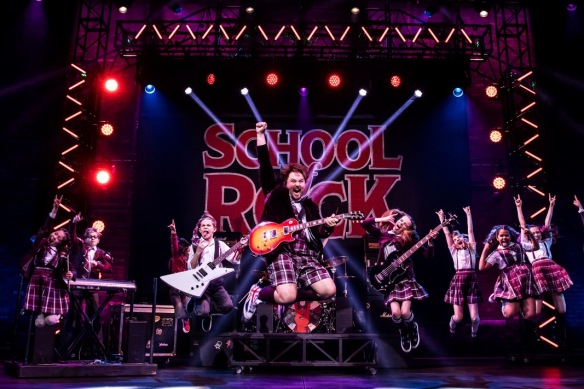 ‘Rock got no reason, rock got no rhyme,’ the titular song of “School of Rock” tells us. The rock musical with music by Andrew Lloyd Webber, lyrics by Glenn Slater and book by Julian Fellowes lives up to this observation from its opening number, ‘I’m Too Hot for You” by the band No Vacancy. It is quickly evident also that one of the band’s players in not like the others as guitarist Dewey Finn (Brett Hill) repeatedly attempts to upstage the lead singer, with his antics leading to him being kicked out of the band he formed. Those familiar with 2003 film on which the musical is based know the story from there. 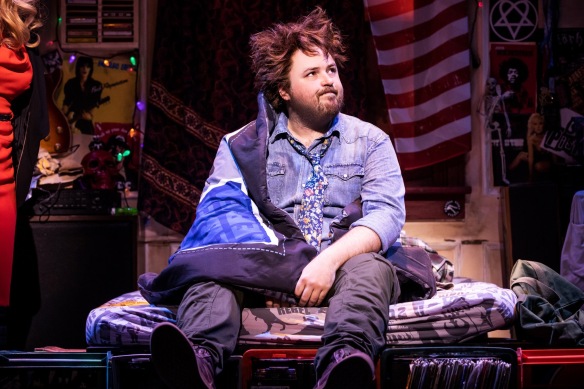 Things go from bad to worse for the failed wannabe rock star when, urged on by resentful girlfriend Patty (Nadia Komazec), his friend Ned (John O’Hara) suggests he pay some rent or move on from his stay with them. Luckily for Dewey he lands a gig substitute teaching at the prestigious Horace Green, where expectations of excellence mean that the pressure is on, even if it is only under his pretense of being the actually-qualified Ned. 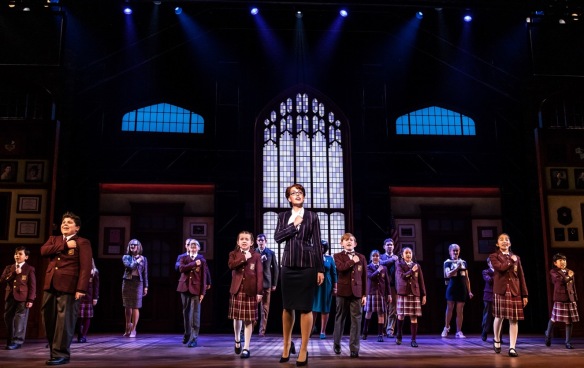 On appearances, the match is far from a good fit. In reality this is true, until Dewey discover the musical talent within his class and sets upon turning the group of straight-A students into a guitar-shredding, bass-slapping, mind-blowing rock band. But can he succeed in getting them to the Battle of the Bands without discovery by their parents and the school’s administration, especially as he starts to develop feelings for headmistress Rosalie Mullins (Amy Lebpamer). 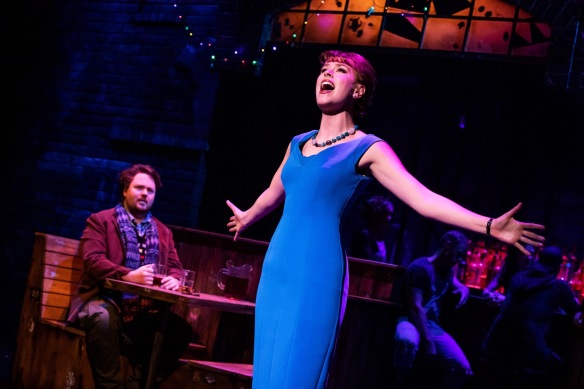 Hill brings likeability and self-deprecating humour to the lead role in balance to the expected Jack Blackish mania of likeable loser Dewey masquerading as Ned, which strikes a chord with younger audience members especially. And his adult cast co-stars offer solid support, especially Lebpamer as strict Headmistress Ms Mullins, whose Act Two lament of lost chances, ‘Where Did the Rock Go?’, is magnificent. However, the show is really all about the insanely talented children’s cast touring with the production. A lot of the show’s comedy comes from the kids’ interactions with Dewey as their unorthodox, not-actually-qualified teacher, and the young performers more that rise to the occasion, in delightful highlight of their characters’ personalities as Dewey helps them all grow in confidence. 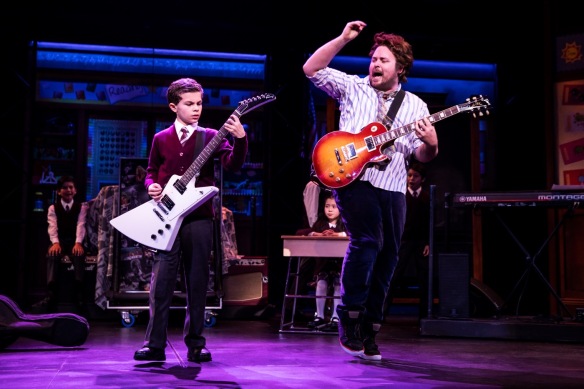 Of particular note, Stephanie Kipnis as Summer, makes for a convincing, feisty feminist ‘Little Miss Sunshine’ overachiever, allocated the role of the band’s manager. Remy Grunden gives the best face as bassist Katie and Kempton Maloney gives his everything to the role of epic drummer Freddy; he consistently draws the audience eye not just due to him taking the brunt of the responsibility for the musical time and rhythm but due to his infectious personality-filled performance in making the drum set shine. 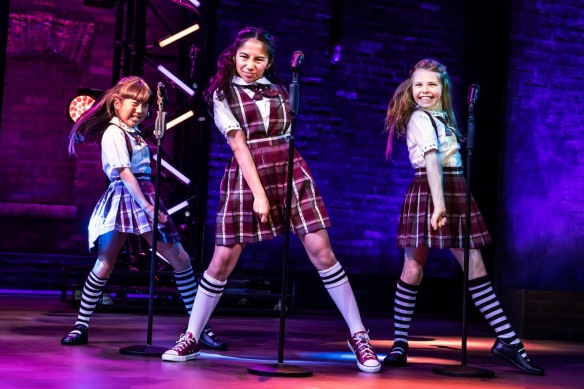 Given the calibre of the talented young performers, ‘You’re in the Band’ serves as an early standout as Dewey discovers the class members’ genuine talents and puts together the instrumentals of the band, with then also backup singers, roadies, security and styling. A pre-show announcement from Andrew Lloyd Webber himself assures us that the multi-talented young performers really are playing the instruments live, which after seeing their level of skill in even this one early number, still seems difficult to believe.

The powerful rock anthem ‘Stick it to the Man’ (because if you wanna rock, you’ve gotta get mad at the Man) serves as another of the score’s most memorable and catchy of numbers, both initially in Act One and in reprise, making it clear to all that school is well and truly in. And the band’s battle competition entry, ‘School of Rock’, written by lead guitarist Zack (ferocious guitar wonder Zane Blumeris) is an another fun, rock-inspired exuberance with ‘dope’ shy but sensational singer Tonika (Chihana Perera) on vocals. Beside these noteworthy numbers, however, there are a lot of ‘filler’ songs in the story’s conversion from screen to stage. Yet while the narrative is still pretty flimsy, its presentation is slick; things are kept moving by some of the swiftest and most seamless scene transitions you will ever see on stage.

While it is not particularly memorable in the modern musicals mix, “School of Rock” is alive with energetic colour and moment, and therefore, full of fun for young and old audience members alike. Although its plot might be thin, some lessons are learned along the way as everyone discovers their true selves, resulting in some satisfying core messages. As Andrew Lloyd Webber himself notes, it is “a story about the empowering force of music…. of how music bring joy to people’s lives and how it can change people for the better”. Accordingly, the celebration is a must-see for all the family, especially coming on the heels of the non-family-friendly “Book of Mormon” season.