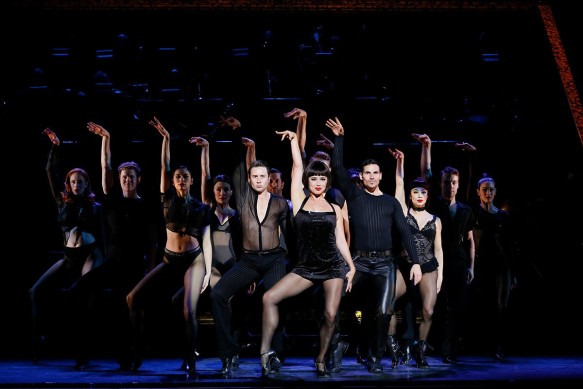 Even before the QPAC curtain raises on “Chicago”, its experience is evocative, with a black derby hanging on the back of a black downstage chair, as signpost to the show’s indelible choreographic style and Fosse-esque attention-to-detail sensibility. The story of murder, greed, corruption, violence, exploitation, adultery and treachery (as its opening lines impart) may be set in the pre-depression, Prohibition-era 1920s in the corrupt city of its title, but it is soon apparent that its satirical look at the cult of celebrity and the media is incredibly timely and so still feels fresh, especially given the current media and political climate. Indeed, despite its sensational aesthetic. there is a clear authenticity to both the show’s story and themes. Based on real-life cabaret singers Belva Gaertner (who inspired the role of Velma) and Beulah May Annan (who inspired the role of Roxie), the work draws on the burgeoning Jazz age of vaudeville’s evolution into risqué cabaret clubs.

We begin when Roxie Hart (Natalie Bassingthwaighte) shoots her lover Fred Casey (Andrew Cook). Her long suffering, devoted husband Amos (Rodney Dobson) initially offers to take the fall for her, believing her initial claim that Casey is a burglar, but soon the truth emerges and Roxie is sent to Cook County women’s jail, run by the crooked Matron ‘Mama’ Morton (Casey Donovan). Here she meets a lot of women of similar scenarios (cue the iconic ‘Cell Block Tango’), including famous vaudeville actress Velma Kelly (Alinta Chidzey) who murdered her own sister and husband. As Roxie changes into a calculating survivor, she soon deposes Velma to become infamous defence lawyer Billy Flynn’s (Tom Burlinson) new star client of the moment. …. all set to a hot jazz score.

As always, the show’s iconic soundtrack is integral to its success; the Kander and Ebb classic has a score full of iconic, toe-tapping tunes in homage to the music of the 1920s, presented by a 15-piece orchestra under the baton of Musical Director Daniel Edmonds. There is a vaudevillian style to its realisation through the band’s positioning on stage and involvement in the action as part of the story. Sounds levels are generally appropriate, although they do compete with the vocals of Burlinson’s ‘All I Care About is Love’, but the big band instrumentation with lots of brass is delightful in its appeal, especially in Act Two’s ‘Entr’acte’, which results in its own deserving ovation. 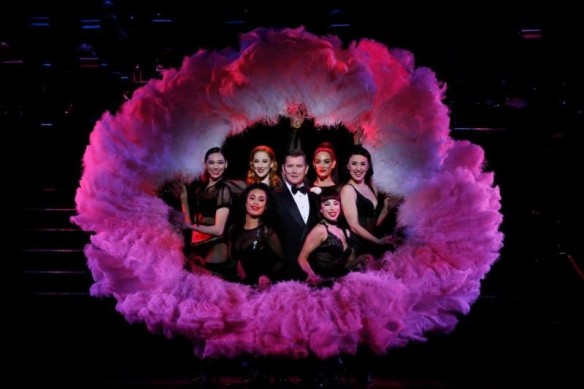 While tenacious but soft-hearted crime reporter Mary Sunshine’s (J. Furtado) optimistic Act One number ‘A Little Bit of Good’ drags a little (pun not intended) up until this, things power along through a strong Act One, full of highlights. And when Dobson delivers Amos’s plaintive ‘Mister Cellophane’, its tone is not one of sadness but mourning of mediocrity and a relatable regard of how others view him (or rather don’t). This is not the withdrawn and depressively dejected Amos that is so often seen and the audience loves his genuineness in contrast to wife Roxie’s insatiable desire for fame. And his solo number brings us another delicious choreographic call-back in his don of white gloves to enhance the expressiveness of his hands, a classic Fosse move. 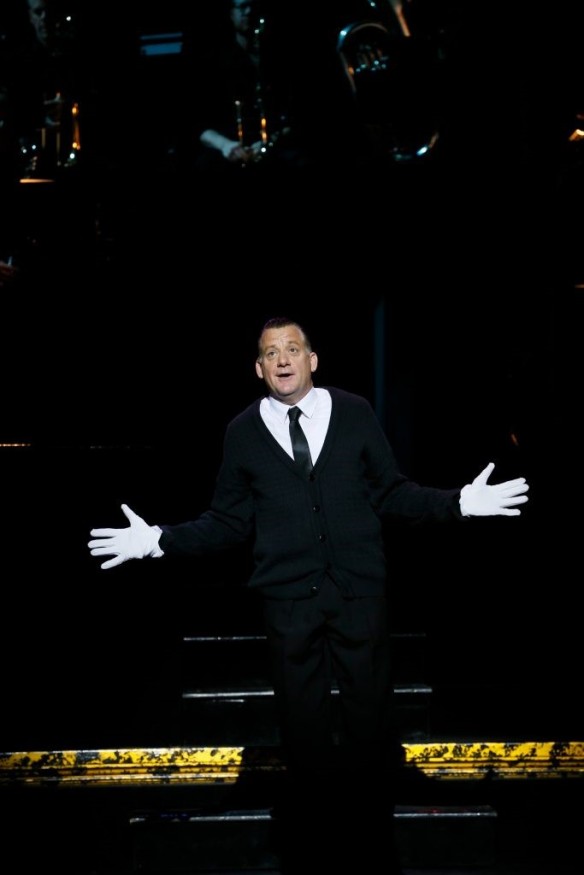 Although the sexy work was written almost 40 years ago, its music and choreography are also as fresh as ever, thanks to its minimal but considered staging, with its use of stage levels reminding us that we’re watching a vaudevillian version of a musical. Not only members of the ensemble assume roles without change of costume, but they become part of the set, sitting along the side of the stage, sometimes as part of the fabric of a scene, interacting with the conductor for example, but always in character. The smoky atmosphere is akin to that of a jazz club and lighting is an integral part of the experience, especially in the Pop! Six! Squish! Uh-uh! Cicero! Lipschitz! Of ‘Cell Block Tango’ (cleverly without any sign of a cell) where it isolates each of its six women in turn as they explain their presence in the jail and how he had it comin’. 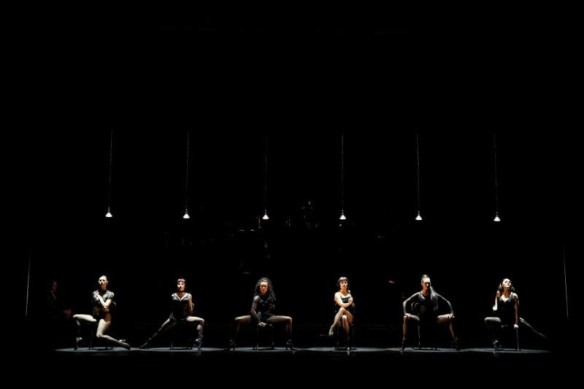 There is an exception detail to the show’s choreographic realisation, which showcases dancer strength and agility while honouring choreographer Bob Fosse’s distinctive style of finger-snapping, scrunched shoulders, thrusting pelvises and small movements in emphasis of the words and rhythms of the songs. The dancers are absorbing to watch, from the very first step of the ‘All That Jazz’ opening welcome. Every detail is exceptionally executed with impeccable less-is-more 5,6,7,8 precise isolations. Contrast and formation variety also add interest, with smoothly fluid aerials sitting comfortably alongside sharp staccato jazz moves.

Costumes may play within a seductive black palette, but the aesthetic is far from dull, with a gold frame edging enhancing its razzle dazzle atmosphere. Still, this is a “Chicago” that doesn’t take its self too seriously. Roxie’s ‘Me and My Baby’ is wonderfully vaudevillian and Billy Flynn’s first appearance is in song from behind a gathering of feather-paddled chorus girls, Busby Berkeley style. And humour features heavily, especially in Roxie’s fourth wall breaks and the animated ventriloquism of ‘We Both Reached for the Gun’ in recall of vaudeville’s requisite specialty acts of the era.

Chidzey is a dynamic as viper Velma, impeccable in the timing of her dance and delivery, however, the name of everybody’s lips has to be Bassingthwaighte. She gives the ditzy Roxie a personality beyond just selfish self-absorption, making her at once foolishly naïve and overly worldly, and yet also sympathetic in her lack of malicious intent. In terms of support players, while Burlinson’s Billy Flynn is more cringy showman than charismatic legal player, Casey Donovon demands attention whenever she is on stage, especially in the sassy and solid ‘When You’re Good to Mama’.

“Chicago” stands as the second longest-running musical in Broadway history (after “Phantom of the Opera”) and this production shows why. Whether you only know of the show through its 2002 film adaption or “Chicago” is one of your all time musical theatre favourites, this is a slick showcase of all of its aspects, set to sizzle into your memory. It is sin styled exactly, infectious in its energy and compelling in its choreographic character.