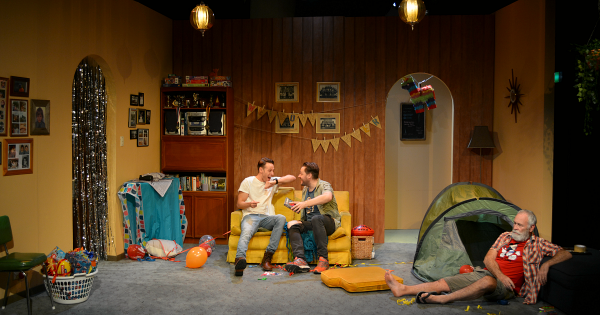 According to its marketing material, “Spencer” is the story of a gloriously dysfunctional but tight-knit Australian family. And there is definitely a touch of the Kerrigans to characters in the new Australian comedy-drama, matriarch Marilyn (Jane Clifton) and her three adult children, mouthy could-have-been Ben (Lyall Brooks), conflicted golden boy Scott (Jamieson Caldwell) and the wayward Jules (Fiona Harris). The titular Spencer is not on the scene; he is the infant child of youngest sibling and aspiring AFL star footballer Scott, the unexpected result of an encounter with a woman he barely remembers, set to visit for the first time in belated celebration of his birthday. And so the fractured family gathers in anticipation as the house is decorated, gifts are bought and Marilyn’s famous sausage rolls are prepared. 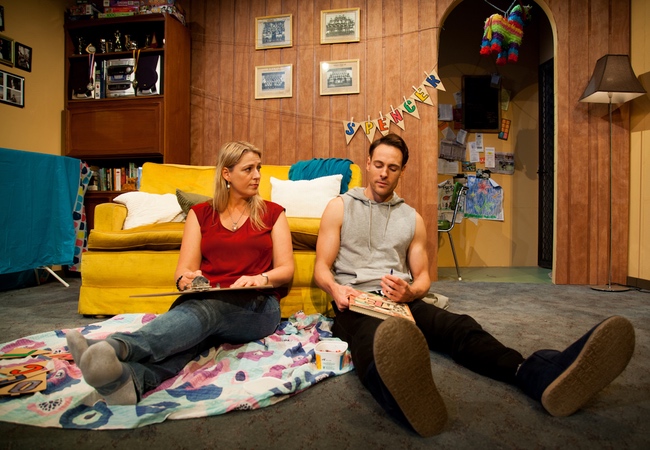 Single-mum Marilyn in particular is in a heightened state of expectation that is all too relatable as she tells her adult children to “stop f**king swearing”. Clifton is compelling as the fierce, family-driven Marilyn, juggling high hopes for one son with low expectations for another, but just wanting the best for her children. And she makes for both a convincing drunk and hungover next-day survivor in some of the best scenes.

As conversations are revisited and in-jokes shared, things spiral into the sibling sparring that represents an early highlight. Indeed, there is an authenticity to the ridiculousness of some of their arguments, meaning that they especially funny. There is a lot of set-up of characters and relationships meaning that things drag a little at times, however, when an unexpected and uninvited visitor (Roger Oakley) arrives just before the party, complex family dynamics and strained relationships descend into some very entertaining chaos. 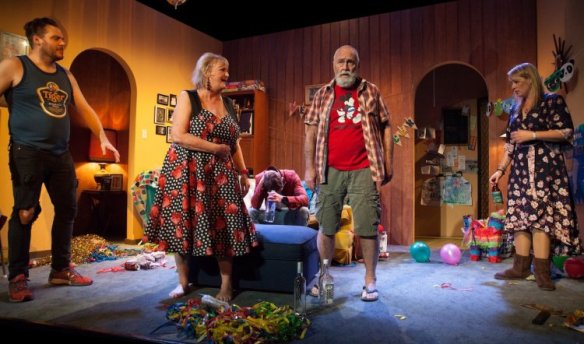 The success of “Spencer” comes primarily from its performances. The wealth of experience brought by industry veterans Clifton and Oakley make their scenes together a joy to behold as they effortlessly create comfortable, credible and well-defined characters with idiosyncratic physicality and vernacular. And a comically-animated Brooks is a brilliant bogan Aussie, emotional to the extreme, passionate in in feelings towards coco-pops and determined to mischievous manipulate as many pre-party sausage rolls as possible out of his mother.

There is a clear attention to detail throughout the show, from the well-wornness of the suburban Australian home’s messy living room staging to the eclectic costumes, down to bum-bags, ugg-boots, crocs and the too-tight football get-up of eldest brother Ben, out of shape allegedly due only to an injury. Katy Warner’s script is full of fast humour courtesy of classic Australian vernacular and snappy dialogue.

While the show may be more comedy than drama, it comes with such realness to its characters, that one cannot help but be drawn into their tumultuous world. A range of emotions are evident of the course of the story introducing some darker material that is not really explored in depth, however, there is thematic resonance through consideration of the impact of expectations on aspirations and how much we are defined by our family. In short, “Spencer” is a show with a lot of heart, a modern story told in an engaging way, making for a highly entertaining night out with all of the members of this Aussie family.