The One Day of the Year (HIT Productions)

Sometimes you can be too familiar with a play. After studying it at university and subsequently teaching it for more years than I’d care to admit, I went in to Hit Productions’ “The One Day of the Year” almost knowing the dialogue of the three-act comedy-drama verbatim. Yet, still I was engrossed in its portrayal of the paradoxical perspectives of this country’s most revered of days.

Although written by Alan Seymour in 1958 as entry into an amateur playwriting competition, “The One Day of the Year” stands with “Summer of the Seventeenth Doll” as part of the canon of Australian theatre. Seymour’s story was inspired by an article in the University of Sydney newspaper Honi Soit criticising Anzac Day and although it premiered amid great controversy, it has always been popular with audiences. In this latest incantation, the text is cemented as worthy and nostalgic, yet presented in a way that shows the ongoing relevance of its themes of the valorisation of conflict, excessive sentimentality of Anzac Day and effects of war on returned soldiers.

The story, which is set in Menzies-era Australia, tells of working class university student, Hughie Cook, helping his new North Shore girlfriend Jan write an article criticising Anzac Day. The article’s assertion that this ‘one day of the year’ has descended from solemn and commemorative emblem of Australian military sacrifice to empty ritual of drunken celebration, is an affront to his nationalistic, ex-serviceman father, Alf . The result from this conflict of ideas (at a time before passive aggression), is explosive and fierce debate rages between the two over the significance and meaning of the day.

The story begins with Alf’s booming dialogue of “I’m a bloody Australian”. Alcohol-fuelled as he often is, he begins one of many belligerent rants against foreigners. It helps to form picture of how the war-wounded lift-driver sees both himself and ‘diggers day’. “… it’s because I’m a bloody Australian that I’m gettin’ on the grog. It’s Anzac Day this week, that’s my day.” As he rages from rant to reflective and back again over the course of the play, Peter Hardy provides a fine performance, for although there are many marvellous moments of palpable generational tension with Luke Clayson as the angsty Hughie, these are tempered with humanity. For, at its core “The One Day of the Year” is also a generational gap story of a family in crisis, which is further reason why it has endured through the years so stoically. 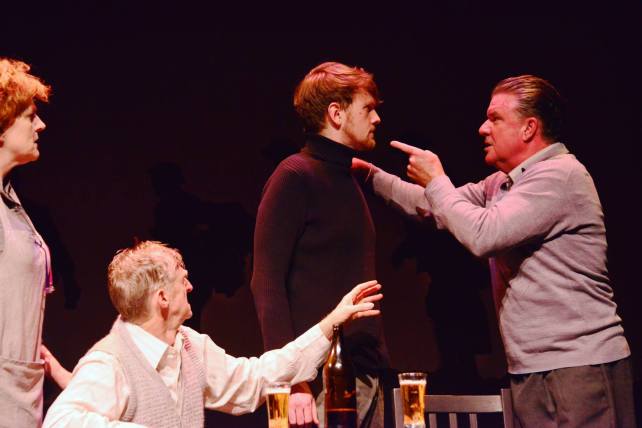 Yet, it actually the supporting characters who provide the soul of this show. Sensible, tea-loving Dot (Christine Keogh) is the heart of the family and the play, and her scenes with Hardy are particularly memorable for their nuanced portrayal of the reality of married relationship that features conversations about shoelaces and other such everyday nothingness as much as the big issues associated with raising children with the hope of them having better lives than yours. 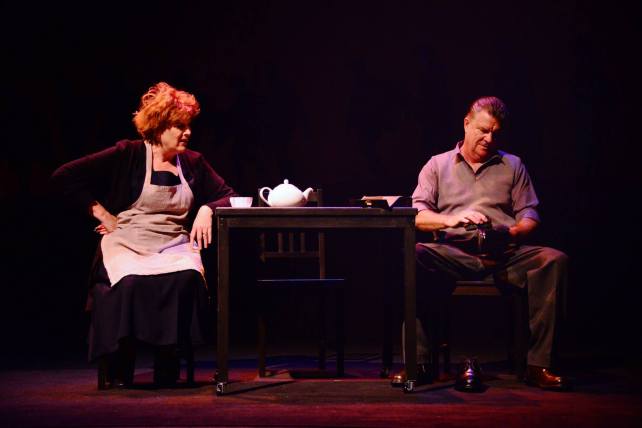 And then there is the wonderful, wise old Wacka (Don Bridges), Alf’s much older friend and fellow veteran; unassuming but cheeky of character, although he doesn’t say a lot, he provides much of the play’s humour and is its emotional core. And the honesty of his touching monologue tribute describing his experience at Gallipoli and of the mates he had to leave behind will leave many an audience member with tears in their eyes. 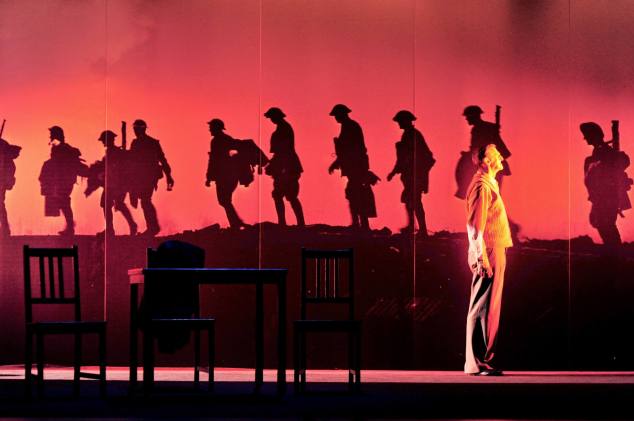 Staging is simple, with naturalistic domestic scenes all set to backdrop of soldier silhouettes, and is simply stunning in evocation of the emotion of dawn being broken by sounds of The Last Post. However, Hughie’s final moments of epiphany appear to jar in contrast to the naturalism of play. Momentum, too, seems to lapse thanks to an earlier-than-expected intermission before conflict has been fully established. 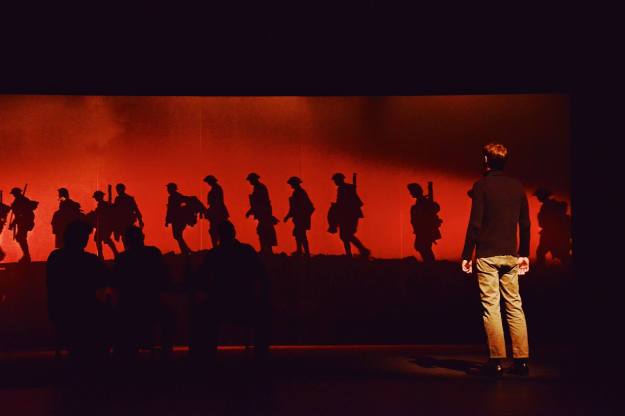 Despite its depiction of a time of 6pm pub closing and news on the wireless, “The One Day of the Year” remains a compelling and necessary play, even if it is no longer as provocative as when it was first staged and subsequently banned for fear of offending members of the Returned Services League. In democratic society, questioning national institutions, no matter how revered, is important, for as Wacka notes to Alf about Hughie’s dissent from family tradition, “He’s got the right to say and think what he likes. Any fightin’ we ever did, you ‘n’ me, in any wars, it was to give him that right.”