Brisbane Festival’s “Hamnet” is a lock-out show, not for purposes of pretention, but, as is immediately clear to audiences upon entry into QPACs Cremorne Theatre, due to its technical needs; an initially intimidating video image fills the stage wall, screening a live projection of the audience seated in the stalls. As things begin, its titular protagonist appears to enter from the audience, but not really, as Andrew Clancy’s design offers us two images, the boy before us and his video apparition. 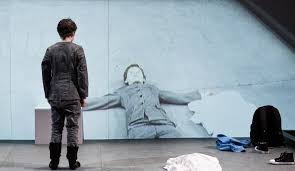 The use of ‘live and dead’ video projections is integral to proceedings as the production attempts to bridge the gap between two generations, that of 11-year-old Hamnet (Aran Murphy) and his father William Shakespeare, appearing in video projection. It is all very clever, as experience shows Dead Centre works to be. (The company’s multi award-winning productions “Lippy” and “Chekhov’s First Play” were both featured at the Brisbane Festival in 2016).

This is, as its title suggests, the story of Shakespeare’s one son, named Hamnet, who was just 11 when he died in 1596, while his father was away pursuing his theatre career. Hamnet is too young to understand Shakespeare, but he knows that he is just one letter away from being a great man such as the Danish prince of his father’s 1599 creation, “Hamlet”. It is a limbo existence that is effectively translated using audio visual technology in combination with live performance, yet this is not all that makes the essentially solo work so interesting. Adding to astound is the performance of youngster Aran Murphy as the vulnerable boy looking for guidance of how to grow up, though he never will. Unassuming yet anxious about possibly meeting his father, he introduces himself hesitantly, with hint as to the extraordinary, honest and intuitive, perfectly-pitched performance about to unfold. 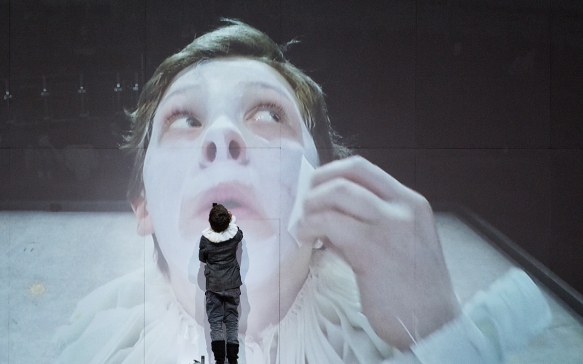 Hamnet is a curious boy, not just as to why his father left him. Luckily there is Google to ask about things like quantum physics, especially as his father is away. It’s a sad state of affairs for the young boy and the show is quite poignant in his predominantly apologetic manner, heartbreaking anticipation of possibly meeting his father and sad lament about the weight of legacy (“Will somebody play me one day?”) Even ask to his father about his Hamnet/Hamlet preference does not elicit the straight answer response for which he yearns, meaning that even in recall of the show to another the next day, I found myself becoming emotional, such is its impact. 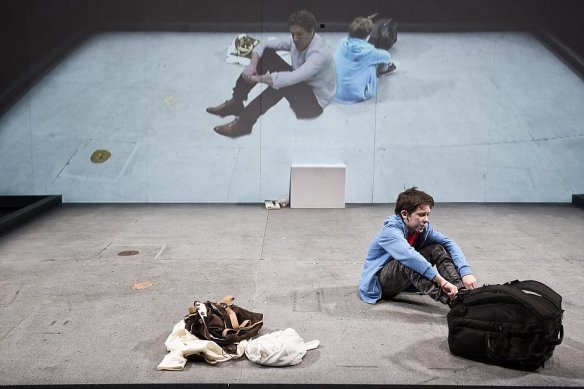 Layered as it is, “Hamnet” features many Shakespearean quotations and allusions within its dialogue. There is humour too, especially in an early scene which sees an audience member called on stage to help the young boy act out a father-son scene from his namesake tragedy. Mostly though it is just Hamnet and his father’s projection ‘on’ stage together. And the result is at-once technically fascinating and touchingly heartfelt.

“Hamnet” is the type of original and though-provoking work that represents all that is great about festival finds. Indeed, it is theatre at its most riveting, deserving of its extended full standing ovation in acknowledgment of the power of show’s message, the innovation of its execution and also appreciation of experience of its Australian Premiere, exclusive to Brisbane as part of the festival.